Brian Roberts is a multi-award winning director, writer, producer and editor. He is credited with directing over 350 programs for US television and over 200 episodes of Canadian television and films.

Roberts has directed some of television’s most popular sitcoms on both sides of the border. While in LA he directed episodes of Everybody Loves Raymond, The Drew Carey Show, Sabrina, The Teenage Witch, 2 Guys A Girl And A Pizza Place, The Hughleys, King of Queens, Boston Common, According To Jim, One On One, Zoe, Duncan, Jack & Jane, The Tony Danza Show, Lizzie McGuire, Clueless and MAD TV, to name a select few.

Roberts just completed directing ‘A Perfect Christmas’ for Hallmark’s new Christmas in July lineup that will debut on July 16, 2016.

In April of 2016 Roberts received an Emmy Award for Outstanding Directing for his work on “Odd Squad”, the highly acclaimed series for PBS. Created by Tim McKeon and Adam Peltzman of The Electric Company fame, the show is produced by Canadian new media company Sinking Ship Entertainment and Fred Rogers Company.

He is coming off the success of ‘The Unauthorized Full House Story’ that debuted in August of 2015. His current hit sitcom Spun Out, which he co-created, and is executive producer and director wrapped it’s second season and he’s been nominated for best director of that shows by the DGC of Canada for the last two years.

Roberts recently enjoyed critical success with a television movie for Lifetime, ‘En Vogue Christmas’, starring the members of En Vogue and David Allen Grier. The movie was released in December of 2014 was voted by critics and viewers to be one of the top five holiday movies of the year.

Roberts also directed the movie ‘Shelby – The Dog Who Saved Christmas’ starring Chevy Chase, Tom Arnold and Rob Schnieder for The Fyzz Facility and Outpost Media which was released in December of 2015 and became the most downloaded holiday film of the year.

Roberts also directed ‘Rocky Road’ with Glee star Mark Salling. Created for the UP network in association with eOne, Roberts not only directed the film, but composed the musical score for this uplifting movie, which debuted to strong critical acclaim in July of 2014.

Roberts has had extensive experience directing popular romantic comedies in the recent years. Another recent favorite was the CMT original movie ‘Reel Love’ starring LeAnn Rimes and Burt Reynolds which debuted in November of 2012.

He also Executive Produced and directed the ‘The Debaters’, a series based on a popular radio show for CBC TV that completed a successful network run and was nominated as Best Comedy Program at the Banff 2012 Media Festival, nominated as Best Television Program for both the Canadian Comedy Awards and the Leo Awards. The Debaters was acquired by Craig Ferguson’s Green Mountain Productions and BBC America.

Working across border between Canada and the US since 2006, Roberts has directed Men With Brooms, Little Mosque on the Prairie (which garnered him a Directors Guild of Canada award as well as a Gemini Award nomination), G-Spot, Da Kink in My Hair, Dan For Mayor, (for the last two he was recognized with a Canadian Comedy Award nomination), Under One Roof, About A Girl, The Latest Buzz, Naturally Sadie, The Jane Show, Sex Ed, Spin Doctors, Night School, Memory Lanes, All The Comforts and How To Be Indie.

Roberts television writing credits include The Simpsons, Spun Out, Playboy’s Inside Out, as well as the pilots Flatearth E.R., and Night School, and . He has produced Stranger Than Love, Candid Camera, The Bee Gees: Going Home (for which he won an Ace Award), Name Your Adventure, as well as Lifestyles of The Rich and Famous.

Additional editing credits include The Simpsons (for which he won a Golden Reel Award), Suddenly Susan, The Drew Carey Show, Mad About You, Rags to Riches, Flying Blind, and Max Headroom.

Roberts is also an accomplished musician and composer, writing the score for ‘Rocky Road’, ‘Spun Out’, ‘The George Carlin Show’, and many others.

Roberts began his career in editing before transitioning to segment producer for shows like Entertainment Tonight, Eye on L.A., and Hollywood Close Up. He studied film and television at the University of California, Los Angeles.

Not limited to just the television field, Roberts executive produced and directed the web series Home Purchasing Club for which he won a Faux Film Festival Award. He co-wrote L.A. Shortcuts, a witty road guide created to help drivers navigate Los Angeles’ notorious traffic troubles. At the age of 23, he founded Matchframe Video, a successful L.A. based post-production company with over 110 employees, servicing most of Hollywood. Roberts is also an experienced helicopter pilot, owning and operating Blue Thunder Aviation. 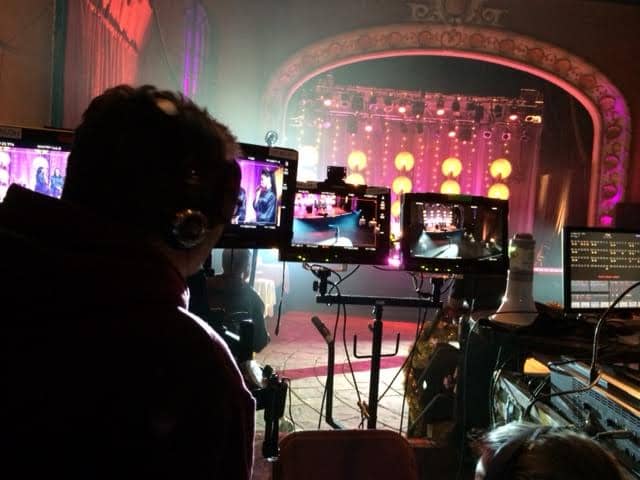